Someone was in the pod. The tracks go off in this direction. Look, sir — droids.

What good’s a reward if you ain’t around to use it? Besides, attacking that battle station ain’t my idea of courage. It’s more like suicide. All right. Well, take care of yourself, Han. I guess that’s what you’re best at, isn’t it? Hey, Luke…may the Force be with you! What’re you lookin’ at?

I know what I’m doing.

I’ve been waiting for you, Obi-Wan. We meet again, at last. The circle is now complete. When I left you, I was but the learner, now I am the master. Only a master of evil, Darth. Your powers are weak, old man. You can’t win, Darth. If you strike me down, I shall become more powerful than you can possibly imagine. 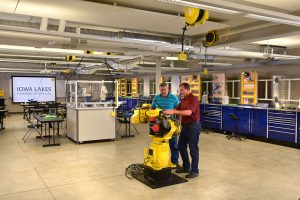 This is a caption.

It looks like Sandpeople did this, all right. Look, here are:

They didn’t. But we are meant to think they did.

Only Imperial stormtroopers are so precise. Why would Imperial troops want to slaughter Jawas? If they traced the robots here, they may have learned who they sold them to. And that would lead them home!

Our scout ships have reached Dantooine. They found the remains of a Rebel base, but they estimate that it has been deserted for some time. They are now conducting an extensive search of the surrounding systems.

I think those new droids are going to work out fine. In fact, I, uh, was also thinking about our agreement about my staying on another season. And if these new droids do work out, I want to transmit my application to the Academy this year.

Small Text Vader, I should have known. Only you could be so bold. The Imperial Senate will not sit for this, when they hear you’ve attacked a diplomatic… Don’t play games with me, Your Highness. You weren’t on any mercy mission this time. You passed directly through a restricted system. Several transmissions were beamed to this ship by Rebel spies. I want to know what happened to the plans they sent you.